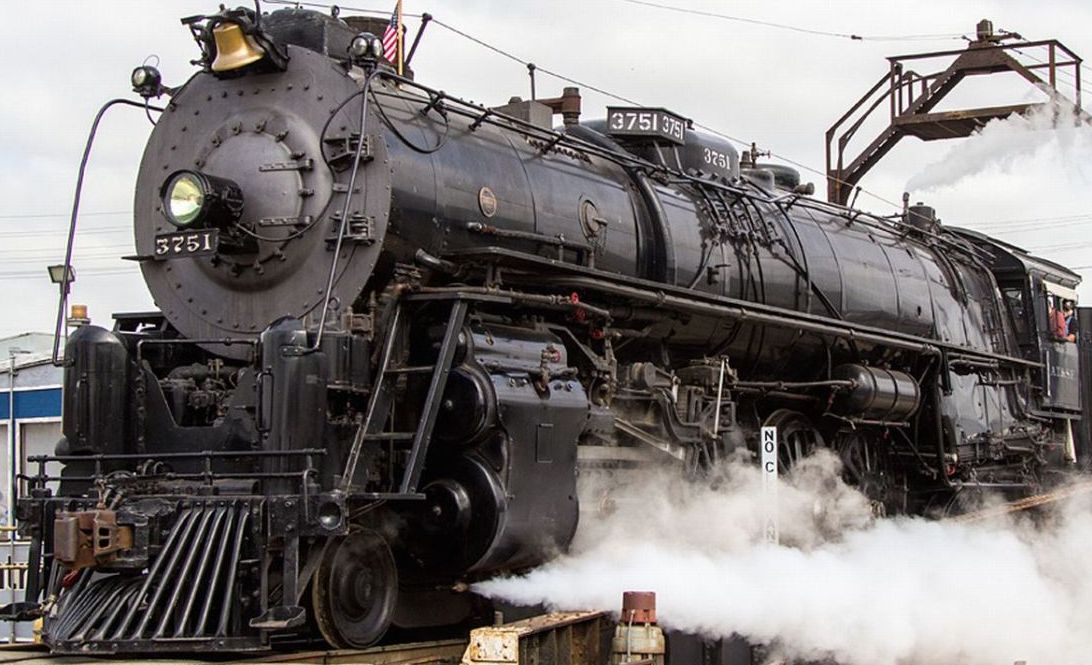 When I was a youngster my friends and I would play a game of seeing who could stand closest to (but not on) the tracks as freight trains came through at speed. There were steam engines pulling these trains, really big ones, with side rods flopping around, and often there were several engines pulling a train, so it was a considerable test of courage.

It was also a substantial display of stupidity, of course, but we were young males with far higher content of testosterone than of gray matter.

The engineers hated it, and would blow their whistles at us, which did nothing but encourage us of course. One engineer hit on the solution. He would open the cylinder drain cocks just before he got to us, which produces a major blast of live steam at ground level. (See above.) That dropped our testosterone levels quite a lot and very quickly.

He would then give us a couple of celebratory toots on his whistle as we showed him a rapidly diminishing view of our backsides and elbows.
Posted by Jayhawk at 3:55 PM